This is something I did on a small scale a couple years ago and thought I'd take it a step further. I originally had a full blow circuit drawn out with an 8 bit latch and several D flip-flop ICs giving me 40 outputs from the base 8 from the parallel (excluding controls). After a quick trip to Radio Shack and looking around online, the price was just not worth it. Some of the relays I'm using are around $5 a pop. The circuit is comprised of hooking the following independent circuit fragment to parallel pins 2,3,4,5,6,7,8, and 9.

You can find the software controlling this on GitHub. It includes a plugin for XMMS that will control the lights to any song you play in the XMMS media player.

As a side note, I've seen different responses on computer boot up related to the parallel outputs. One of the most drastic i've seen is when I have the relay box on while i'm booting my laptop, a bunch of garbage output is generated for several seconds and the result is undefined- some outputs are on and some are off. For this reason, it's important to clear the outputs with software used to control the box. 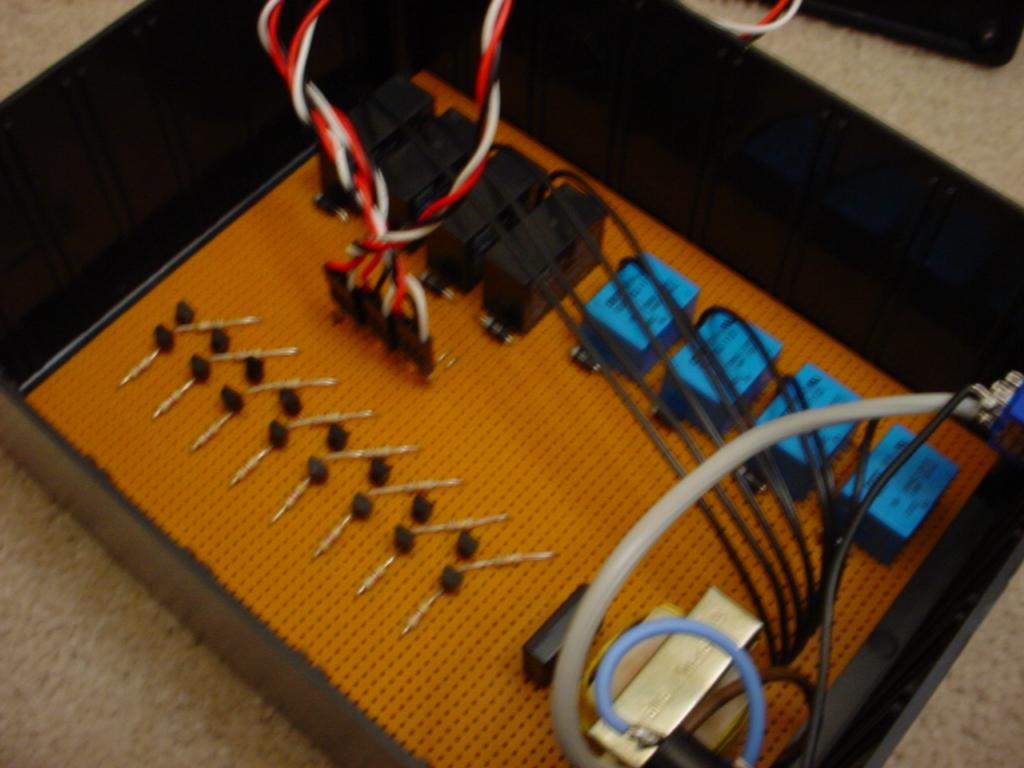 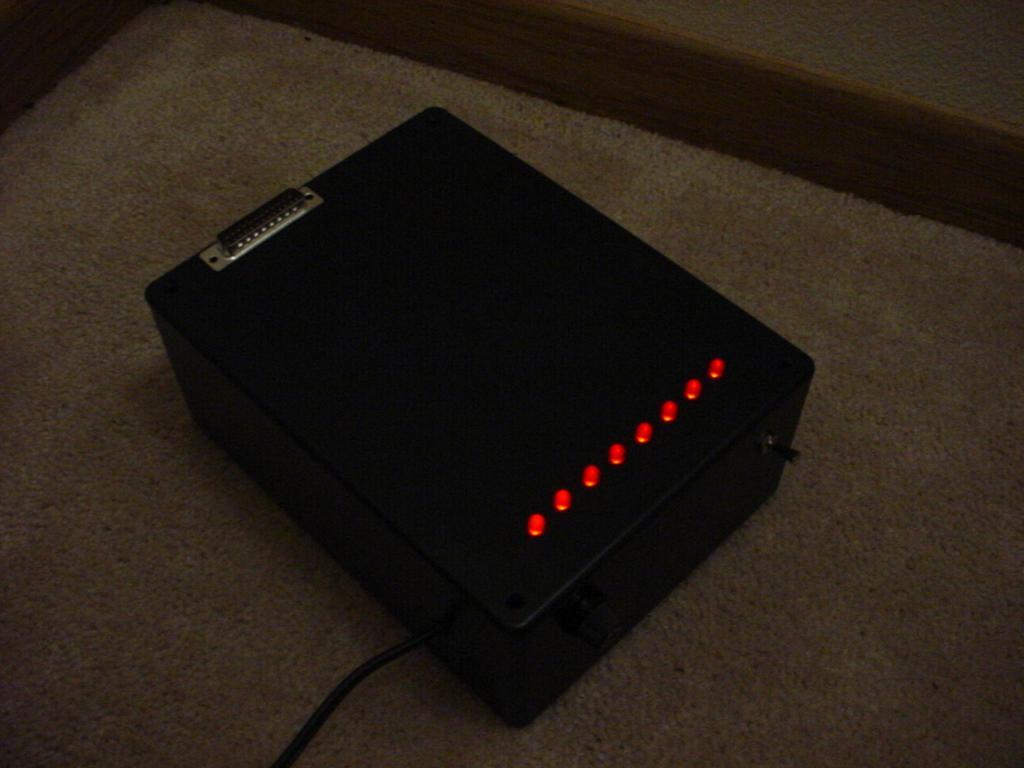 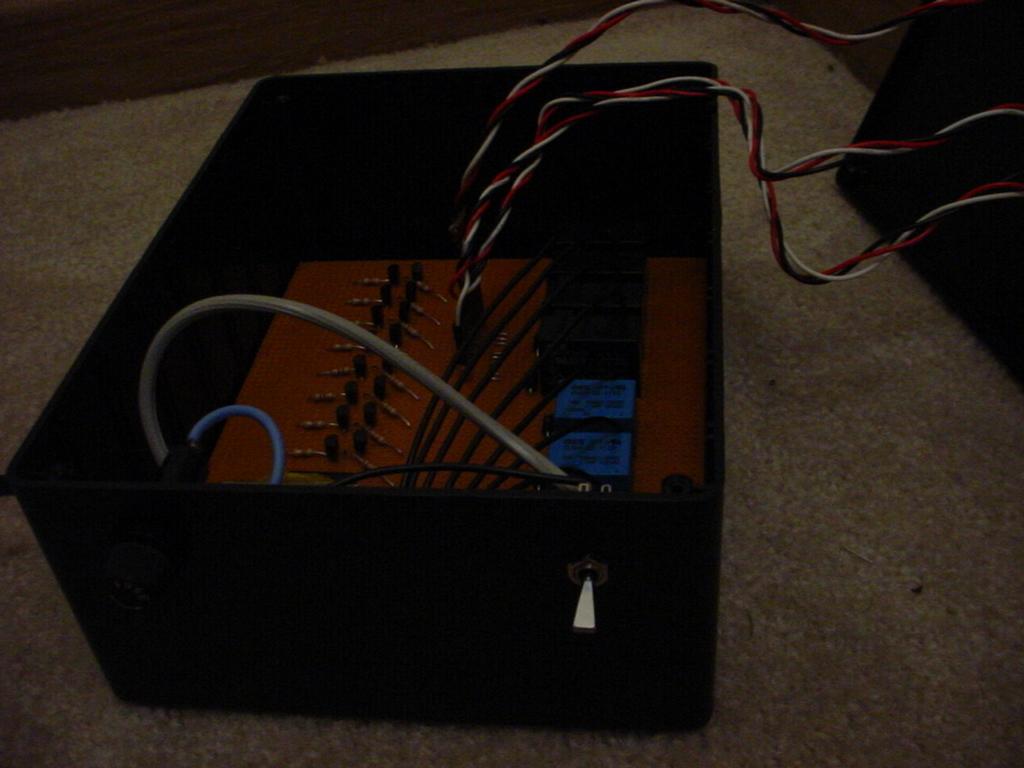 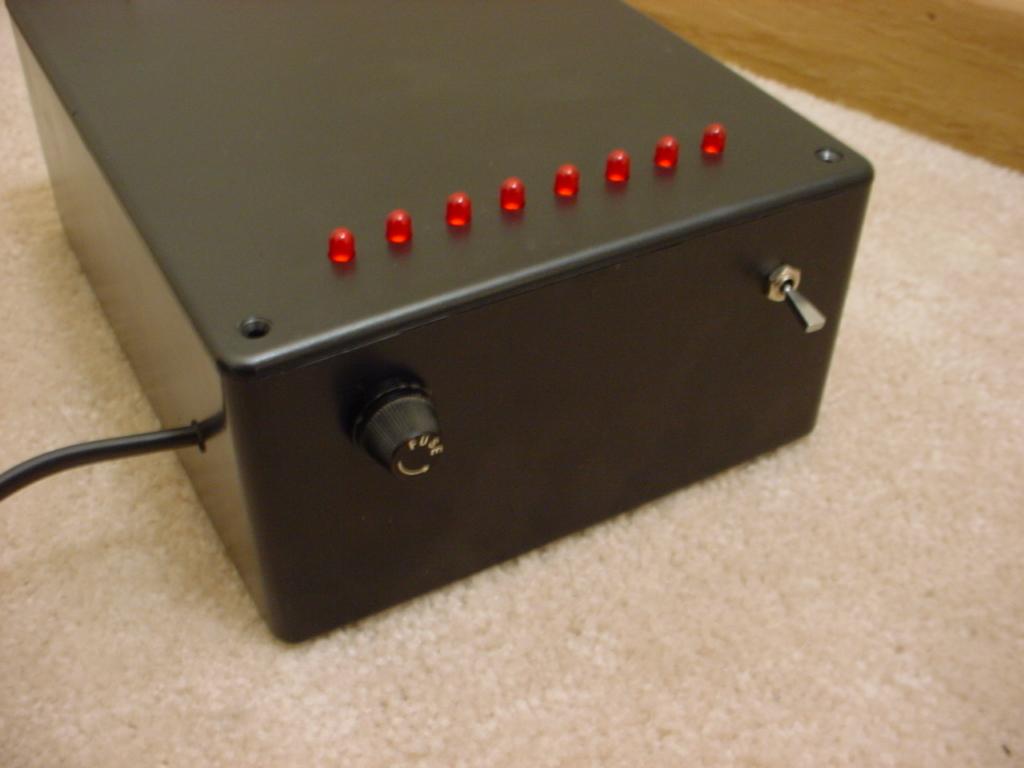