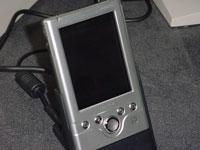 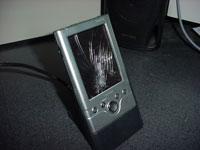 The story of why I no longer have a PDA.

A warning to all buyers of the Best Buy service plan.


It is interesting that the customer service desk was able to point this out to me in a matter of seconds while the sales people lie just for a sale.

Anyhow, I had my PDA in my backpack and it fell off a desk crushing the PDA for the most part (it still works, just can't see a dang thing). Toshiba charges a minimum of $130 just for screen replacement. It's just not worth it to me. Bye bye PDA.

Update: I broke down and got an iPAQ. But, not from Best Buy.

This site is in no way affiliated with Best Buy. In other words, there is no benefit to leaving personally identifiable information when commenting on Best Buy below.