July 23, 2007
Cleaning Honda 2000 F4 carburetors is a task I'm all too familiar with. I tend to let the bike sit a lot with crappy gas in it and this usually results in some issue. A manual is going to be better than I'll be able to explain, but here are some pictures that will let you know what you're getting into. Generally, I get the carburetor assembly off the bike, remove the float bowls and floats, and spray carburetor cleaner in and through everything. Let it soak a bit and then run an air compressor through every hole while troubleshooting a problem before actually separating the carburetors themselves which is a much bigger task. While you have the carburetors off the bike, if you have not recently replaced the gaskets and rubber seals you should definitely order them and expect to pay an inflated price for the OEM stuff. In fact, the last time I did a carburetor rebuild it was due to failing seals which I had never removed or replaced. If you start messing with any setting screws or jets, be prepared to sync the carburetors and for that you'll need a manometer. 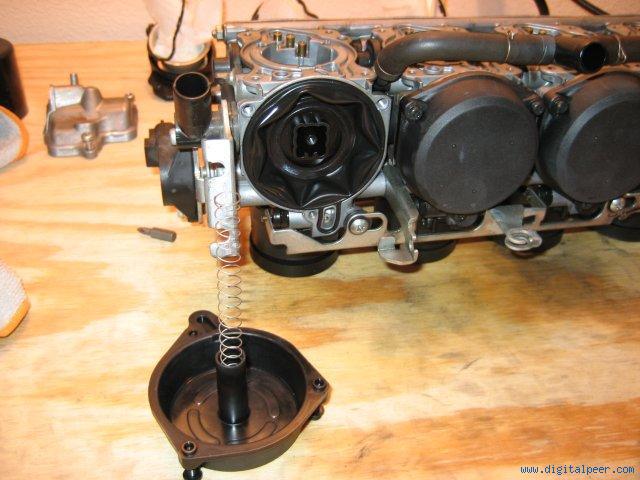 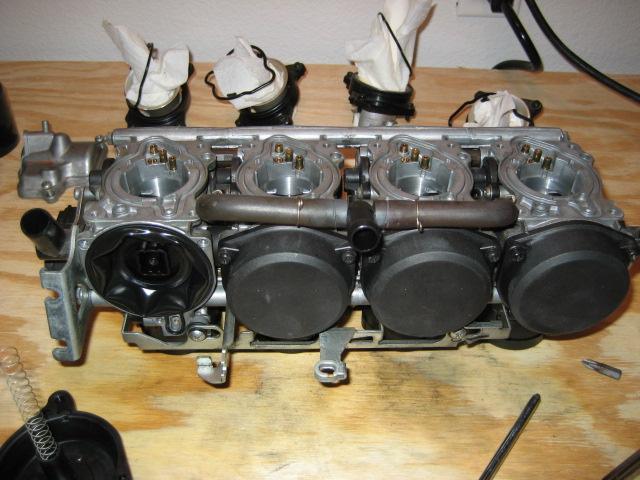 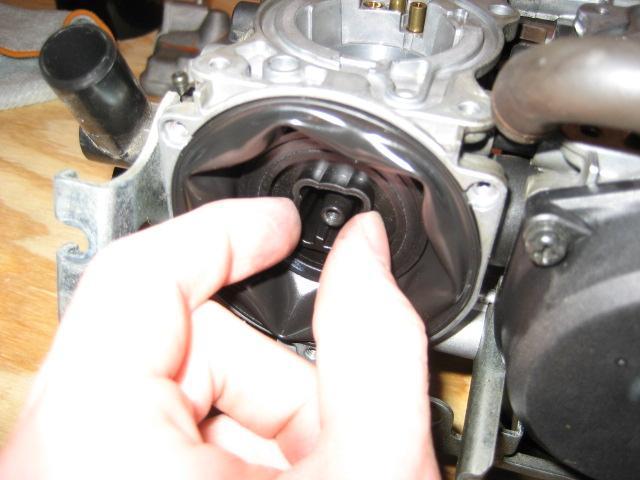 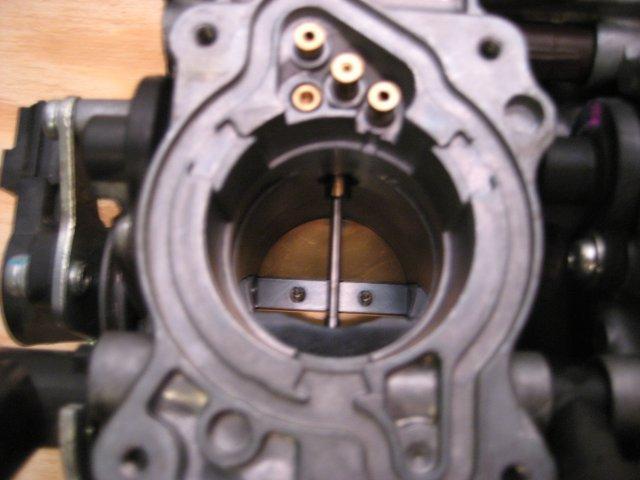 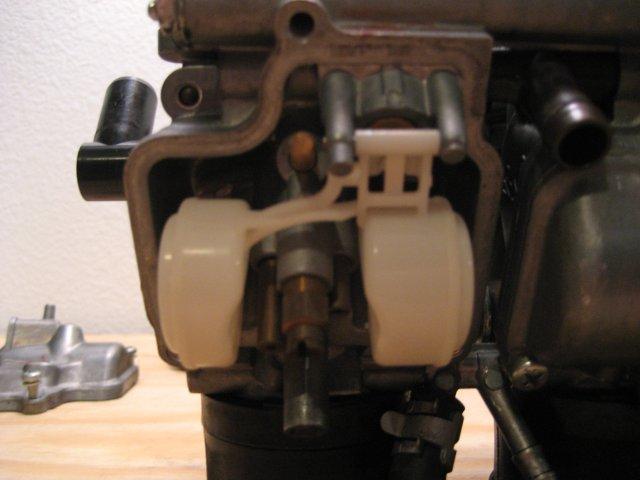 Comment September 15, 2007 by anonymous
where are the details at? This could really help me out as I am about to clean my carbs for a 2000 f4. If you have any tips or time savers email me.
Comment September 15, 2007 by digitalpeer
There's a really nice article at: http://www.cbrforum.com/m_311016/tm.htm
Comment September 16, 2007 by anonymous
heck yeah...sweet...thanks for posting that link
Comment May 26, 2008 by anonymous
i'd like to clean my 99 f4 could u email me with any extra info you might have. "thageneral@gmail.com" thank you
Comment August 30, 2010 by chris
how do i clean the carbs and sink the carbs togather
Comment June 2, 2011 by Fernando E
My bike starts but it's hard to keep on. If I turn the choke it won't turn on but if I don't turn the choke it will turn on. Also I had it sit in the garage for about a year. It never did this before.