In 1989, Michael J. Fox travels in a DeLorean to the year 2015 in Back to the Future Part II. In that year there were flying cars and hover-boards. 30 years later there's a lot of noise around making this happen, but they still can't get away from the basic car with wings concept, not to mention the logistics of actually using it. It's physics.

Here's the latest experimental one by Terrafugia. 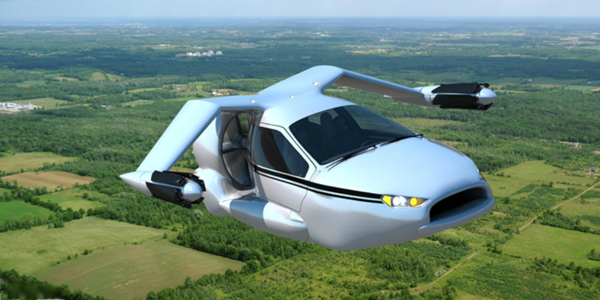 When Amazon unveiled their plans to deliver by drone a couple years in the future, it was ripe for response.

I like how their first FAQ is right to the point.


Q: Is this science fiction or is this real?
A: It looks like science fiction, but it's real. From a technology point of view, we'll be ready to enter commercial operations as soon as the necessary regulations are in place. The Federal Aviation Administration (FAA) is actively working on rules for unmanned aerial vehicles.


Right, so regulations are all that are holding back the technology from being used. Not weather. Not inaccuracies of non-military GPS. Not the kid running across the street. Not battery life. Not gravity. Not the software.

And why is the most basic step in the video between clicking order and delivery being made still done by a human? It takes a human to put a limited number of items in a box and put it on a conveyor belt so it can automatically be picked up by a drone and delivered?

The delivery drones have not even hit the skies and they are already battling so-to-speak. Netflix has their own response to that first FAQ. They seem to see the humor as well.


"Unlike other companies trying to rush unproven technology to market, we have literally spent days working out most of the bugs"

While this is downright hilarious, don't get me wrong. Drones being used for commercial purposes is inevitable. It's going to happen, but I'm not holding my breath. Knowing companies out there are trying to advance this technology is a good thing- for the most part. As for the other implications, like complete surveillance of the earth- not so much.

But, that's not really what's happening here. This is a concept that Amazon is marketing as a future product or service. They have already named it "Amazon Air" and demonstrated it with a video any hobby remote control flyer could have made. At best, this is a stunt and misinformation spreading.

If Amazon wants to prove they have the technology they need to jump in on some Delivery Drone Wars and scrap the demo video. FedEx and UPS need to bring their delivery drones as well. Real world examples are calling it things like Quadcopter Ultimate Aerial Combat Competition (QUACC), but it's just semantics. I really want to see some delivery drone competitions to prove the technology exists and it isn't pure propaganda.

As for the Back to the Future hover-boards, they are real too.

In reality, I see auto driving cars much more practical with many, if not more, benefits. Think about it, they need to conquer the road before they can conqueror the air and the technology there is much more promising.